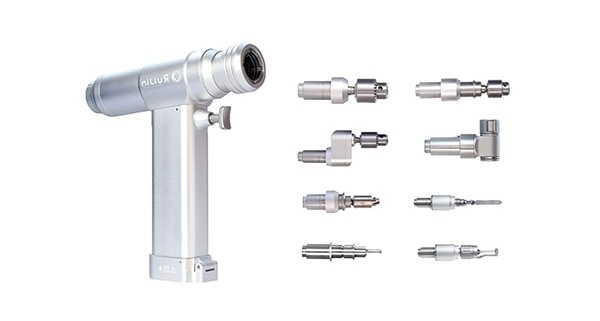 The following categories describe the types of components installed:

We have two kinds bone drills.During surgery, the main plate used to fix the wound is mainly punched.One of the advantages of dual-use bone drills is the easy exchange of drill chucks. A drill bit and a screwdriver can be installed.

There is three kinds of the cannulated drill.It is mainly used for Kirschner wire and intramedullary nail surgery in trauma surgery.

Sagittal saws are mainly used for joint surgery. They are knee surgery and hip surgery. Among them, the use of saws in knee surgery is relatively large.

Both are used for craniotomy, in which the cranial mill has been improved and used more flexible.

Want to join the discussion?
Feel free to contribute!

This site uses Akismet to reduce spam. Learn how your comment data is processed.

The role and specification of cannulated drill

This site uses cookies. By continuing to browse the site, you are agreeing to our use of cookies.

We may request cookies to be set on your device. We use cookies to let us know when you visit our websites, how you interact with us, to enrich your user experience, and to customize your relationship with our website.

Click on the different category headings to find out more. You can also change some of your preferences. Note that blocking some types of cookies may impact your experience on our websites and the services we are able to offer.

These cookies are strictly necessary to provide you with services available through our website and to use some of its features.

Because these cookies are strictly necessary to deliver the website, you cannot refuse them without impacting how our site functions. You can block or delete them by changing your browser settings and force blocking all cookies on this website.

We also use different external services like Google Webfonts, Google Maps and external Video providers. Since these providers may collect personal data like your IP address we allow you to block them here. Please be aware that this might heavily reduce the functionality and appearance of our site. Changes will take effect once you reload the page.